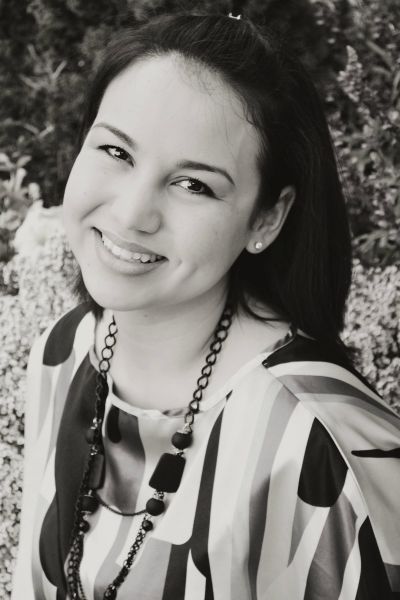 Julie was born to musical parents – a father who played midi-accordion professionally, and a mother who played classical piano and loved to sing. From the time she started formal music lessons at age 4, Julie was winning solos in school concerts and stealing the stage at any opportunity.

Throughout her school years, she has placed in composition contests, been a vocal soloist in several Honours Choirs throughout North America, and has toured and performed with school Choirs, Concert Bands, and Jazz Bands all over North and South America. Her favourite performance was singing with a professional young adult choir at the Kennedy Center in Washington D.C.

While she still lived at home, Julie often gigged with her father. They were even asked to give a guest performance at the visitor’s center in Washington D.C. Julie began teaching in her parents’ music studio at the age of 16. When Julie was only 18 years old, she was asked to direct a Regional Adult Choir in Bogota, Colombia, to perform for an annual conference.

After high school, Julie moved to Canada to attend Mount Royal University to study Jazz Vocal performance, with a lesser focus on jazz piano. Both during and after she completed her studies, Julie worked for Keys to your Door, a music studio that offered music lessons in the home. Not only did she gain a finer understanding of music theory and performance in school, but she learned from other teachers the art of sharing knowledge. After completing her studies at Mount Royal, Julie opened her own music studio teaching piano and voice to over 50 students at one time until starting a family.

Julie has studied both Classical & Jazz in both Piano and Voice, with such teachers as Frank Impinna, Marie Taggart, Lou Durham, Derek Stoll, Sheldon Zandboer, Viviane Cardinal-Martin, Virginia Gillmore, and Laura Jones. Now that she is in Canada, she is working towards her ARCT in both piano and voice.

Since teaching in Canada, all of Julie’s students who have chosen to take the Royal Conservatory Examinations have done so with honours.

Julie’s other loves include her husband and 3 daughters, dancing, cooking, and design. She speaks Korean and Spanish, and plays a little bit of guitar. She can also be frequently found in the middle of a thick book.